What is the Metaverse and How is it Transforming the Internet? A Beginner's Guide to the Metaverse, Web3 and NFTs 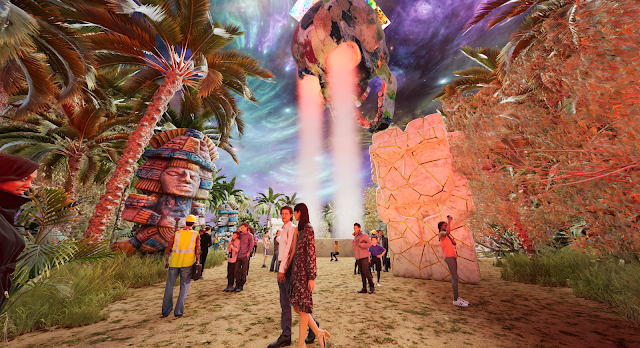 Have you heard of the metaverse? It's a buzzword that's been making waves in tech circles lately, but what exactly is it and why should you care? Simply put, the metaverse is a virtual world that exists entirely online. It's a shared space where users can interact with each other and with digital objects and experiences in real time. Think of it like a virtual reality version of the internet, where you can go to work, play games, shop, or socialize with others from the comfort of your own computer or smartphone. But the metaverse is more than just a fancy virtual playground. It's also a new frontier for business and commerce, as more and more companies are looking to tap into the growing market of users spending their time in virtual worlds. This is where web3 and NFTs come in. Web3 refers to the next generation of the internet, which is focused on decentralization and the use of blockchain technology. It allows for more secure and transparent transactions, as well as t
Post a Comment
Read more

Exploring the Boundaries of Reality: How NFTs are Bridging the Metaverse and the Physical World 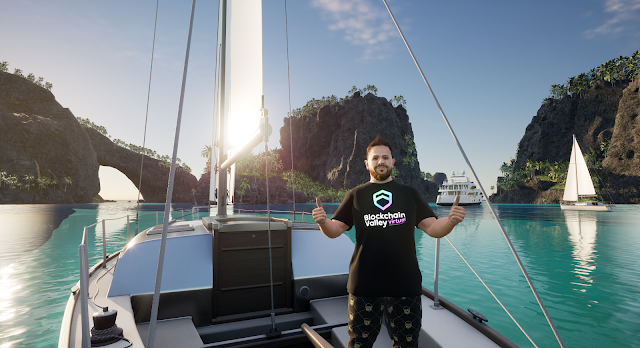 As technology continues to advance, the lines between the virtual and physical worlds are becoming increasingly blurred. The rise of the metaverse, a collective virtual shared space, has opened up new possibilities for how we interact and engage with one another online. And now, thanks to non-fungible tokens (NFTs), the metaverse is beginning to make its presence felt in the physical world as well. NFTs are unique digital assets that are stored on a blockchain, making them verifiable and secure. They can represent a wide range of items, from artwork and collectibles to virtual real estate and even entire virtual worlds. And as the value of NFTs has skyrocketed in recent months, they have become a hot topic in the art and tech worlds. But NFTs are not just a passing fad or a tool for speculators. They have the potential to revolutionize the way we interact with the metaverse and the physical world. Here are just a few ways that NFTs are bridging the gap between these two worlds: Physica
Post a Comment
Read more

Bridging the Metaverse: The Complexity of Achieving Interoperability and the Need for a Standard Protocol 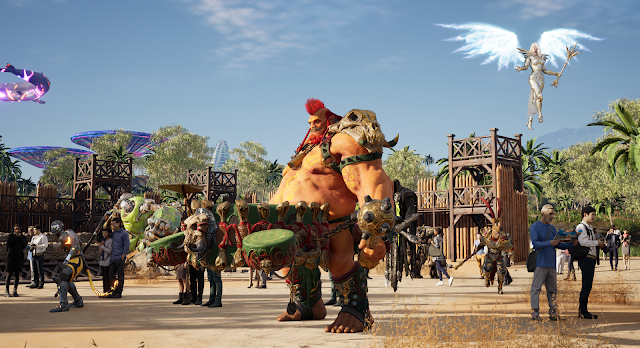 As the metaverse continues to grow in popularity, the issue of interoperability between different virtual worlds has become increasingly important. The ability to seamlessly move between different metaverses and take your digital assets and experiences with you is seen as a key factor in the long-term success of this emerging technology. However, achieving interoperability is not a simple task. In addition to the lack of a standard protocol for connecting different metaverses, there are also differences in the graphic engines used by different virtual worlds. This can make it difficult for users to experience the same level of immersion and interactivity when moving between different metaverses. This is where the concept of "bridging" comes in. Bridging refers to the process of connecting different metaverses and allowing users to move between them. While this may seem like a straightforward task, it is actually quite complex and requires the development of specialized softwa
Post a Comment
Read more

The Future is Now: How the Holodeck and Metaverse are Blurring the Lines Between Reality and Fiction 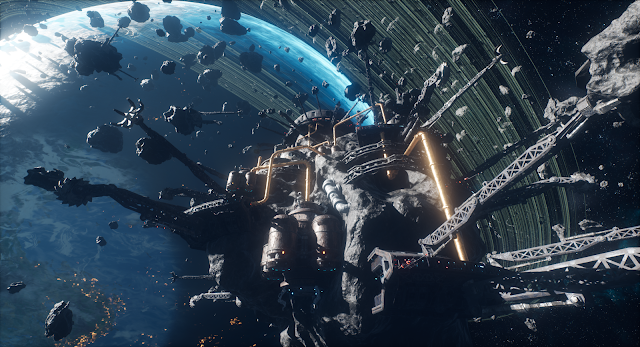 As fans of the popular science fiction franchise Star Trek know, the holodeck is a virtual reality simulation that allows characters to experience and interact with fictional worlds and scenarios. In the show, the holodeck is presented as a futuristic technology that is still far from becoming a reality. But in the real world, we are seeing the emergence of technologies that are starting to blur the lines between reality and fiction in ways that were once unimaginable. One such technology is the metaverse, a virtual world that users can access and interact with through the internet. The metaverse is often compared to the holodeck, as it allows users to experience immersive, interactive virtual environments. But unlike the holodeck, which is confined to a single physical location, the metaverse is accessible from anywhere with an internet connection. This makes it a truly global platform that has the potential to revolutionize the way we think about communication, entertainment, and eve
Post a Comment
Read more

Web3 and the Metaverse: Revolutionizing Healthcare with Decentralized Virtual Reality 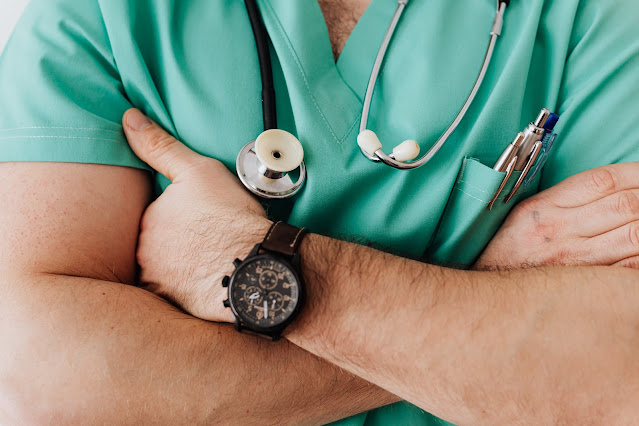 The world of healthcare is rapidly evolving, and one of the most exciting developments is the use of the metaverse – a virtual world created by the convergence of the physical and digital realms – for medical purposes. From telemedicine consultations to virtual training sessions, doctors and other medical professionals are finding new and innovative ways to use the metaverse to improve patient care. But what exactly is the metaverse, and how is it being used in the medical field? The term "metaverse" was first coined in Neal Stephenson's science fiction novel Snow Crash, where it referred to a virtual world in which people could interact with each other and virtual objects in real time. Today, the term is often used to describe virtual worlds like Second Life, where users can create and customize their own avatars and explore virtual environments. In the medical field, the metaverse is being used for a variety of purposes. Telemedicine consultations, for example, allow do
Post a Comment
Read more

Experience the Future of Shopping with a Virtual Store in the Metaverse: How Web3 is Transforming Retail 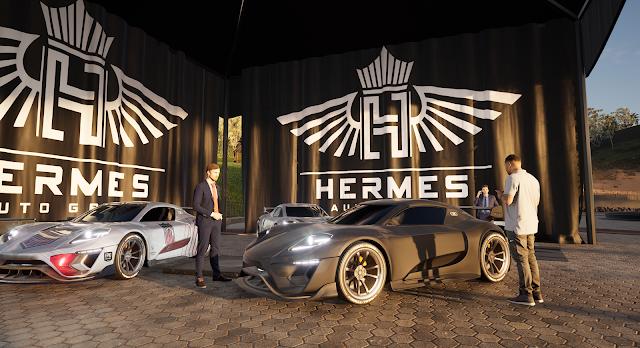 The retail industry is undergoing a major transformation, and at the forefront of this change is the emergence of the metaverse on web3. For those unfamiliar with the term, the metaverse is a virtual world where users can interact with each other and virtual objects in real-time. And while the concept of a virtual store may sound like something out of a science fiction novel, it is quickly becoming a reality as more and more retailers turn to the metaverse to engage with customers. But what exactly is a virtual store, and how does it differ from a traditional static webshop? A virtual store is an immersive and interactive shopping experience that takes place within the metaverse. Customers can browse and purchase products and services in a fully realized virtual environment, using virtual currency or traditional forms of payment. This allows retailers to offer a more personalized and engaging shopping experience, one that goes beyond the limitations of a static webshop. In a static web
Post a Comment
Read more

Brands Go NFT Crazy in the Metaverse: The Rise of Non-Fungible Tokens as the Next Big Thing in Marketing 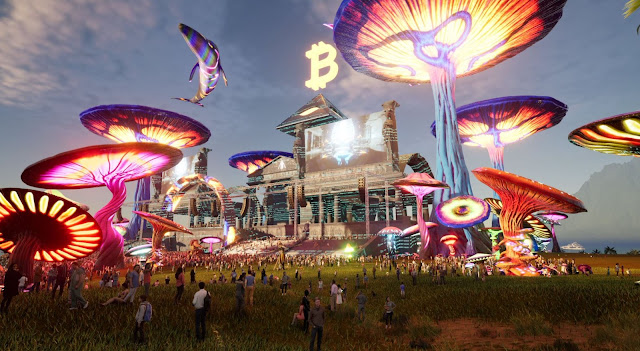 As the metaverse continues to grow in popularity, brands are starting to understand the value of non-fungible tokens (NFTs) in their marketing efforts. But what exactly are NFTs and why are they becoming such a hot commodity? NFTs are digital assets that are unique and cannot be exchanged for other assets of equal value. They are often used in the world of cryptocurrency and have recently gained popularity in the metaverse as a way for brands to create unique and immersive experiences for their customers. One example of a brand using NFTs in the metaverse is Nike, which recently launched a virtual sneaker store within the game Fortnite. Players can purchase NFT sneakers and wear them in-game, giving them a level of exclusivity and personalization that was previously not possible. But NFTs are not just limited to virtual sneakers. Brands are using them for a variety of purposes, such as creating virtual art exhibits, hosting virtual concerts, and even offering NFT-based loyalty programs
Post a Comment
Read more

Web3 Gaming: A New Era of Security, Privacy, and Control for Players 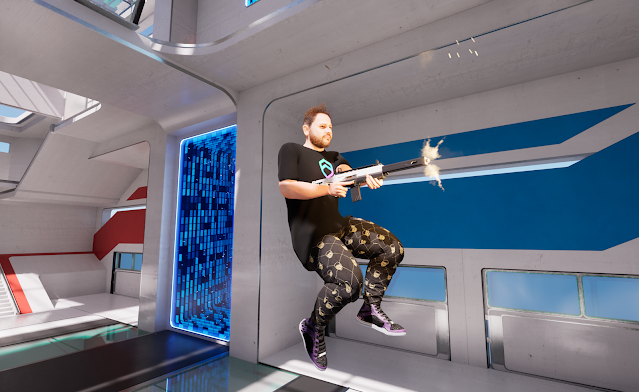 The world of gaming is constantly evolving, and the emergence of web3 technology could bring about a new era of security, privacy, and control for players. But what exactly is web3 and how could it benefit players? Web3, or the decentralized web, refers to a distributed network of applications that use blockchain technology to create a decentralized network for data storage and processing. In the world of gaming, web3 technology could potentially offer a number of benefits for players. One key benefit of gaming on web3 is increased security. By using web3 technology, players could own and control their own in-game assets, rather than relying on a centralized server to store and manage these assets. This could make it more difficult for hackers to access or compromise player assets and create a more secure gaming environment. Web3 technology could also offer increased privacy for players. By interacting with games and other players directly through their own blockchain-based wallets, pl
Post a Comment
Read more

Web2 or Web3 Metaverse: Which is the Way to Go? 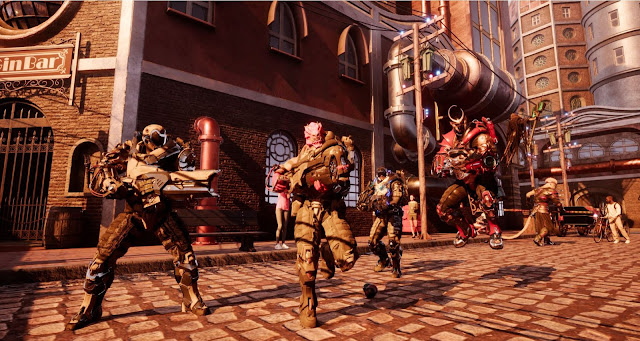 As the metaverse continues to grow and evolve, one question that has emerged is whether it should be built on web2 or web3 technology. On one hand, web2, the traditional, centralized web that we use today, offers mature infrastructure and widespread adoption. On the other hand, web3, the decentralized web, offers increased security and privacy, as well as the potential for users to have greater control over their data and experiences. So which is the way to go? One argument in favor of the metaverse being built on web2 is the mature infrastructure and widespread adoption of traditional web technologies. This could make it easier for developers to build and scale applications in the metaverse, and it could also make it easier for users to access and interact with these applications. However, some argue that the metaverse should be built on web3 due to the increased security and privacy offered by decentralized networks. In a web3 metaverse, data would be stored on a decentralized networ
Post a Comment
Read more

NFTs in the Metaverse: How Web3 Technology is Adding Extra Value to Digital Assets 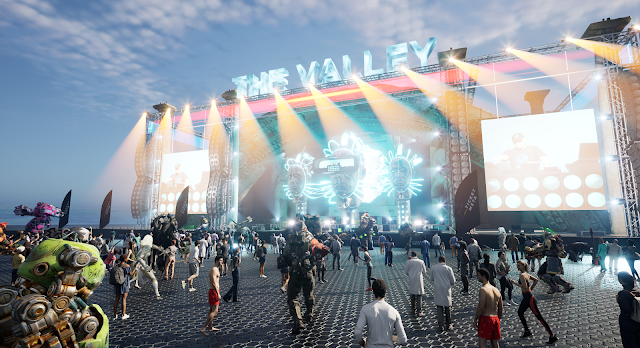 Non-fungible tokens, or NFTs, have taken the art and collectibles world by storm, but their potential doesn't stop there. In the emerging web3 metaverse, NFTs could be used to add extra value to virtual experiences and assets. The metaverse is a collective virtual shared space, created by the convergence of virtually enhanced physical reality and physically persistent virtual space. It includes everything from virtual worlds and augmented reality to the internet itself. And with the emergence of web3, or the decentralized web, the metaverse is set to become even more immersive and interactive. NFTs, which are unique digital assets stored on a blockchain, could be used to represent ownership of virtual real estate, art, or collectibles in the metaverse. This could allow users to have greater control over their virtual assets and experiences, and could potentially add extra value to these assets. But the integration of NFTs and web3 technology into the metaverse isn't without its
Post a Comment
Read more
More posts

Niko De Jonghe
Niko is an early adaptor in crypto & blockchain. He’s passion for creating and adding value to his large network of peers combined with his mission to make the world a better place, is perfectly aligned with his vision for Blockchain.